“We need to extend the excellent support we have shown for the Canadian National Teams, and the Canadian MLS teams, to the other high levels of Canadian soccer.”

The Way Things Were

Back in 2019, following our Canadian Men’s National Team’s knockout round exit from the Gold Cup at the hands of Haiti, I wrote an article titled “So We Lost: How Soccer Fans Fall Short in the Canadian Game.” In that piece, I discuss a deep irony that existed amongst Canadian soccer fans at the time, whereby one of the biggest problems facing Canadian soccer – and the performances of our Men’s and Women’s National Teams – was the lack of support from fans. With all the different higher-level competitive teams in the country – including Canadian college and university soccer, Ontario League 1 and other Provincial High-Performance leagues, the different Canadian professional clubs competing in the United Soccer League (USL) and Major League Soccer (MLS), and the newly-formed Canadian Premier League (CPL) – Canadian soccer fans were contributing to the underperformance of the teams and players in these leagues.

Why do I make this connection?  Because one of the main things holding our National Teams back, both historically and today, is a lack of funding.  And one of the best ways to increase funding to these teams is increased fan support, which will, in turn, make advertisers more willing to spend money on television rights, promotions and live games.

Now, almost 3 years since that article was written and published, quite a lot has changed within the Canadian soccer landscape, including increased fan support and funding, as well as more paid and professional opportunities for Canadian players – all of which has probably contributed, at least in part, to better on-field performances and results for our Canadian National Teams. 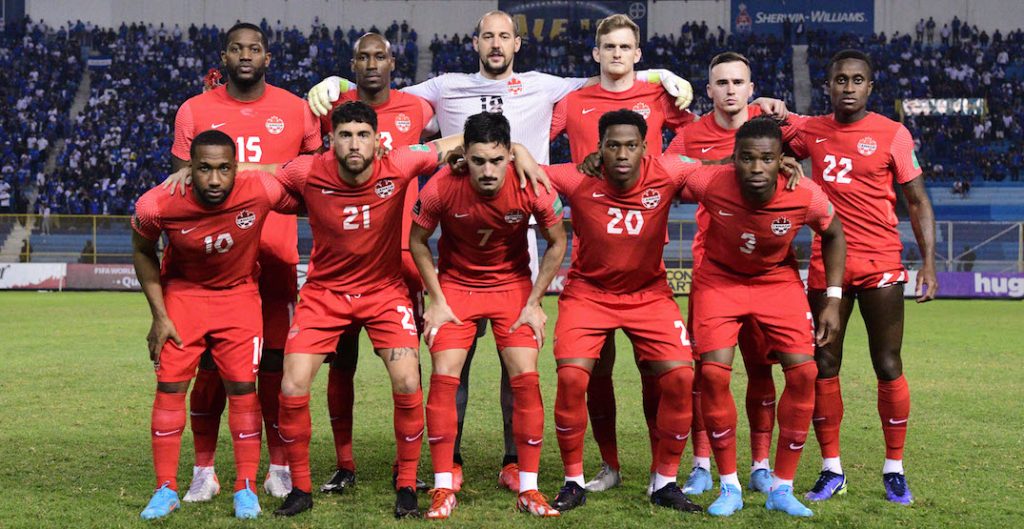 Results-wise, Canada has done a full 180-degree turn from three years ago.

Since that fateful Gold Cup game in 2019, our Canadian Men’s Team has put together quite an impressive string of positive results, especially where it has mattered most, that is, in Qualification matches for the 2022 FIFA World Cup in Qatar. Since March of 2021, Canada amassed a 14-1-4 World Cup Qualification record, culminating with a 4-0 win over Jamaica on Sunday March 27th, placing them first overall in CONCACAF and securing their qualification for their first World Cup appearance since 1986.

Our Canadian Women’s National Team has had equal – if not even better – success at the international level since 2019.  Whereas that year saw our Senior Women’s Team exit the World Cup at the Round of 16 Stage, and our U20 Women’s National Team fail to qualify for the U20 World Cup for the second consecutive time, in 2021, Canada won its first ever Gold medal in Women’s Soccer at the Olympic Games in Tokyo.

Along with these improved on-field results has come an equally improved live viewership.  In a recent article published on the University of Toronto’s The Varsity online newsletter, Adam Seaborn, director of sales and media operations at Toronto-based media agency Kingstar Media, confirmed an estimated 1.15 million people – the largest-ever television audience for a Canadian Men’s National Team live broadcast – tuned in to Sportsnet’s November 16, 2021 broadcast of the Canadian men’s National Team World Cup Qualification game versus Mexico, with an additional 50,000 fans packed into Edmonton Alberta’s Commonwealth Stadium to watch the game live – this despite temperatures below 11 degrees Celsius.  They also packed Toronto’s BMO field for their historic win over Jamaica on March 27th, with official attendance at 39,152.  Similarly, our Women’s National Team garnered the highest Canadian viewership of the entire 2021 Tokyo Olympic Games from their Gold medal-winning performance – over 4.4 million people.

Live attendance at the highest levels of Canadian soccer has also been on a steady incline since 2019.  According to a recent article written by Liam Hanley and published in The 18 Futbol, an online magazine(2021), the Canadian Men’s National Team had an average live attendance of 29,877, better than the Toronto Blue Jays (21,607); the Toronto Raptors (18,333), and the Toronto Maple Leafs (14,870).  Even the Canadian Major League Soccer (MLS) teams have had live attendance that is competitive with the other popular North American sports, with an average of 19,925 in 2019 – the most recent year in which these figures were published.

Where do We Go From Here?

Since 2019, the on-field performance of our Canadian Men’s and Women’s National Teams has drastically improved, and at the same time, support for both live and television viewership for these teams – as well as for Canadian professional soccer in general – has been good and is getting better year after year.

Those are the positives.  Now where do we go from here?

What can Canadian soccer fans do now, to help bring more attention, more support, and ultimately, get more money flowing into the game we love?

Firstly, we need to extend the excellent support we have shown for the Canadian National Teams, and the Canadian MLS teams, to the other high levels of Canadian soccer.  These include:

In 2019 – its inaugural season and to date, the only year for which any official attendance numbers have been published – the Canadian Premier League averaged just 4,367 live viewers per game.  Data on the U-Sports, CCAA, and Provincial High-Performance Leagues is even harder to come by, however, live attendance at these leagues is likely far lower – perhaps in the range of only a few hundred people per game at best.

While it may not be reasonable to expect tens of thousands of fans to attend CPL, university/college, or provincial youth league games every week, even raising the attendance numbers by 5 to 10 percent would add a significant amount of attention and, eventually, revenue to these leagues, which would in turn trickle down to the players’ salaries.

Furthermore, greater attendance to the CPL and university/college games will also bring more exposure to the young aspiring players in these leagues, which should help some of them to showcase their skills and get identified into other higher-level professional leagues, including both the MLS and international leagues.

Second, coaches, technical directors and other youth club and academy administrators, specifically those who have the opportunity to impact dozens if not hundreds of youth soccer players, can make a concerted effort to encourage the young soccer players they are working with to watch more Canadian soccer.

Some suggestions and examples of how Canadian coaches and others working in the game can get their young players more interested and involved in becoming regular viewers of Canadian soccer are:

Of course, these suggestions are just my ideas – with some time and effort, others involved in the game can likely come up with more and better ideas – the possibilities are endless.

Ultimately, we as Canadian soccer fans have certainly done a better job supporting the Canadian game over the past 3 years, and perhaps in the process, we have even played a small part in the recent successes of our National Teams.

In order to build upon that success, the next step for us is to extend the same support we have shown for our National Teams and the MLS, to the other high-level leagues across the country.